Visitors 1136
28 photos
Commer V Series
The 'V' range variations cover all the smaller payloads and visual markers are the single headlamps and smaller wheel/tyre sizes, typically 8-stud. In general, single headlamps would normally be associated with a Perkins (4/236 or 6/354) diesel engine or the relatively rare 4.1 or 4.7 Litre petrol engines inherited from the Superpoise. These were 'VA','VB','VC' series for Commer and 'WA,'WB','WC' for Karrier Gamecock versions.

On the VB the COMMER name uses larger lettering and the letters C and R are outside the radiator inspection panel.

The VC's headlamps do not have the lozenge shaped surround of the VA/VB and are spaced wider apart than the VA/VB as well.

V Series cabs were built by Sankey in Birmingham.

With thanks to Howard Pettigrew and Hugh Boultbee 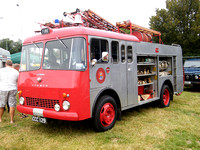 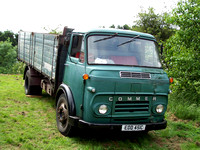