Visitors 1523
34 photos
Commer C Series
The 'C' range has the TS3 3-cylinder two-stroke engine and can be identified by the twin headlamps and (usually) a Rootes Diesel badge beneath the grille. The 'C' range was 'heavy duty' so has deeper chassis rails, 10-stud wheels and a generally 'chunky' appearance of chassis and wheels. Often the optional twin exhaust boxes across the front of the truck under the bumper is a giveaway, as are the external air cleaners mounted on the rear corners of the cabs on NZ and Australian versions.

The CA has the twin headlamps mounted in the centre (vertically) in the grille area and has 4 slots in the grille (CB,CC,CE have 3 slots). The sidelights are mounted on pods sticking forward from the cab and the COMMER name is above the grille area.

The CE uses two different sized main headlamps (7" and the inside one 5.5") presumably to satisfy new lighting regulations.

Maxiload
The Maxiload (MAXImum payLOAD) was the ultimate expression of the 'C' range. Therefore all Maxiloads are 'C' range but not all 'C' range are necessarily Maxiload. The quickest indication that it's probably a Maxiload is to look out for supersize front wheelarches. All Maxiloads were TS3-engined and also had the twin headlamp front.

C Series cabs were built by Sankey in Birmingham.

With thanks to Howard Pettigrew and Hugh Boultbee 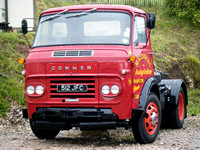 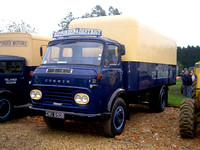 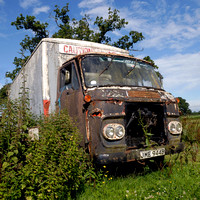