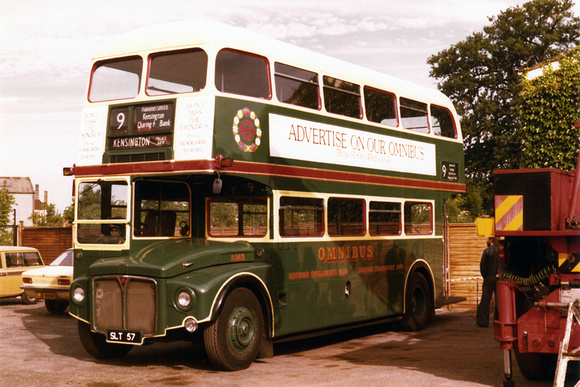 After spending twelve years from late 1959 to early 1972 in London Transport's training fleet, and ending up in very shabby condition when finally withdrawn, RM2 was subsequently repainted twice in as many years, but in very non-standard schemes.

In 1976 RM2 was painted silver as the prototype for the fleet of twenty five Queen's Silver Jubilee Routemasters which followed in 1977. Then in 1978, in advance of the 150th anniversary of the London omnibus in 1979, RM2 was repainted in the attractive 'Shillibeer' livery of green and cream with red relief which was later applied to twelve standard Routemasters, an RCL and a DMS.