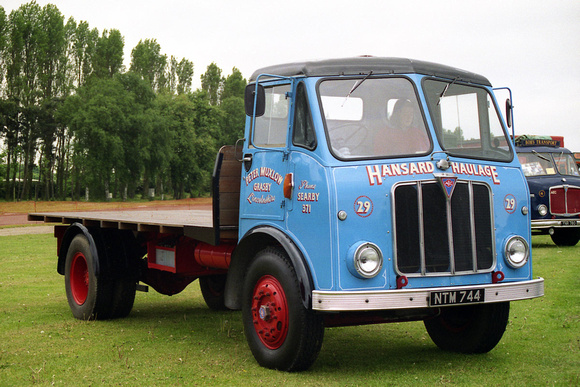 AEC Mercury Mk I NTM744 was acquired by Roger Muxlow in very poor condition in 1988 after many years in showland. It is ex-London Brick Co, first registered on December 1st 1954. Chassis number is GM4RA039 and is probably the oldest surviving Mercury.

The cab is by Duramin and Roger retained the fleetnumber "29" as that was its number at London Brick in which operator's livery this lorry is now restored. The treaded hexagonal hub covers on the front axle are of interest. AEC rally, Newark Showground, May 27th 2001. (NF)
© CCMV Classic Commercial Motor Vehicles
Powered by ZENFOLIO User Agreement
Cancel
Continue