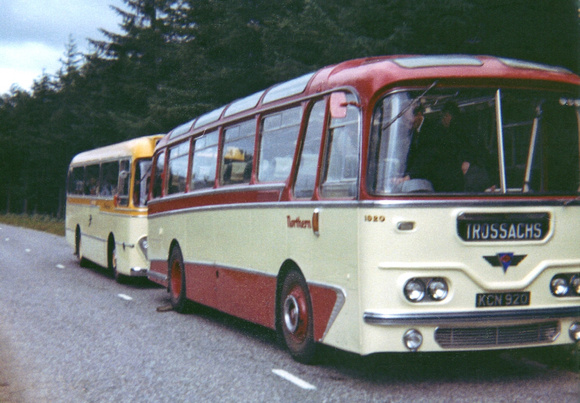 The coach was from Northern's Chester-le-Street depot, and was on a trip with Bill Hutchinson's family touring Scotland in 1965. Having just come up Devils Elbow, a steep hill with a 1:3 incline on the way to Stonehaven, there was load bang! It seemed the input shaft on the gearbox had broken. The photo depicts where the coach broke down, with a Scottish Northern 36ft AEC Reliance behind which took all on board into Stonehaven. The Northern brought out a replacement the following day. (Bill Hutchinson)
© CCMV Bill Hutchinson
Powered by ZENFOLIO User Agreement
Cancel
Continue