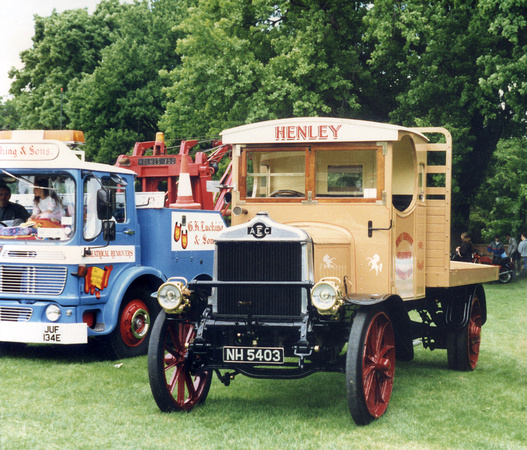 Y Type new to the Army in 1917. In 1924 it was converted to a 29-seat charabanc by Beedens of Northampton. After service with them it remained in their yard until the 1960s when it was found in a derelict state. It was fully restored in 1970. The petrol engine is a Tylor 4-cylinder side valve rated at 45hp.