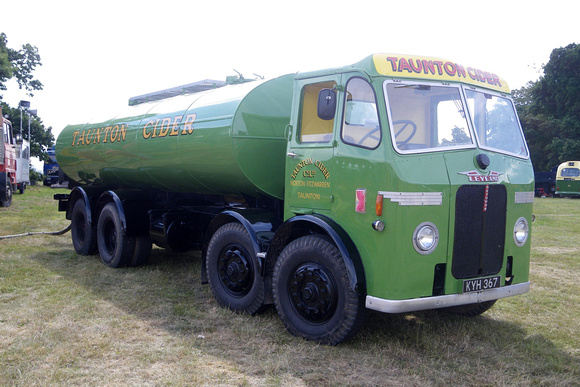 John writes ... I have owned this Octopus since 1991 having got her straight from Taunton Cider. She was built in 1949 with a Leyland 600 engine which has now done over a million miles. Double drive rear axles with a top speed of 28mph. Butterfield 3,500 gallon tank in two compartments. This picture was taken in 2010 at the Powderham Rally (near Exeter) on the second weekend in July where the lorry is used as a water bowser for the steamers. We used 12,500 gallons so the old girl is working hard! And believe me, she is hard work. How many lorries of this age are still put to work occasionally I wonder?
© CCMV John Corah
Powered by ZENFOLIO User Agreement
Cancel
Continue