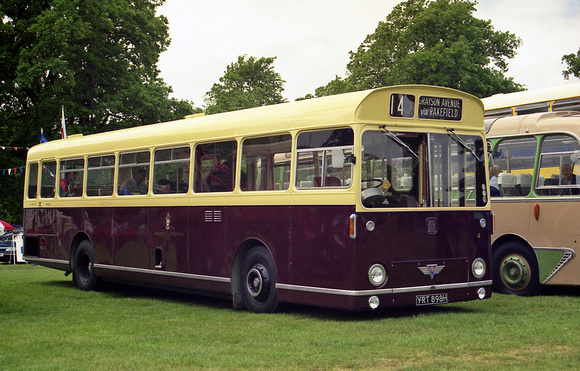 1969 AEC Swift/ECW 2MP2R481, new to Lowestoft Corporation to replace 1947 AEC Regent IIs. During its seven years with the Corporation it caught fire and was rebuilt at Eastern Coach Works. Three weeks after re-entering service te bus suffered a heavy nearside impact requiring further body repairs. Withdrawn in 1977 and sold to Forsdyke of Bramfield, Suffolk. Arriving at the East Anglian Transport Museum at Carlton Colville in 1988, it made its rally debut in 1992.