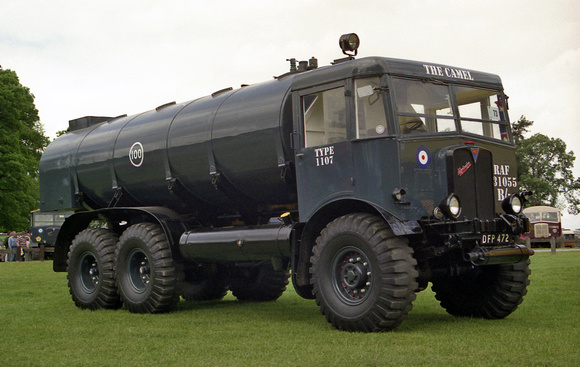 The wartime hybrid Model 854 (or 0854 for the oil engine version) was an amalgam of Model 853 Matador and Model 644 Marshal and was never given a model name by AEC. The Matador badge may well have come with the radiator as a replacement for the original, or the owner may have added it, but the Matador name applied to the six wheel chassis is strictly inaccurate.
© CCMV Classic Commercial Motor Vehicles
Powered by ZENFOLIO User Agreement
Cancel
Continue