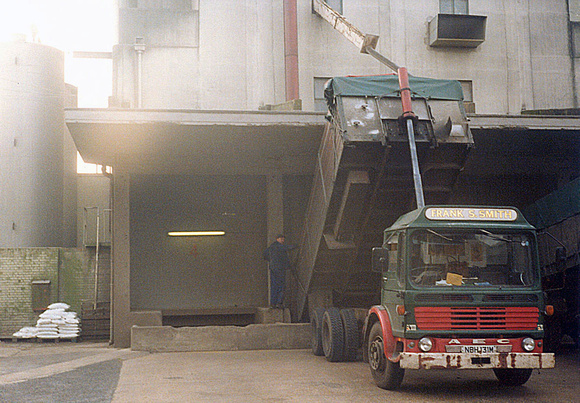 Graham writes ... Not a particularly bright day, so not the best of quality photos. My note on the back of the photo says "Marshal Major (Mammoth Marshal?)". Talking to Frank he said it was originally a Mammoth Major but he had changed the double drive rear bogie for a single drive trailing axle type from a Marshal, mainly to lighten the lorry by a few hundredweights. I suppose it approximates more to a Marshal Major now than anything else, but it is definitely "a bitsa".
© CCMV Graham Edge
Powered by ZENFOLIO User Agreement
Cancel
Continue