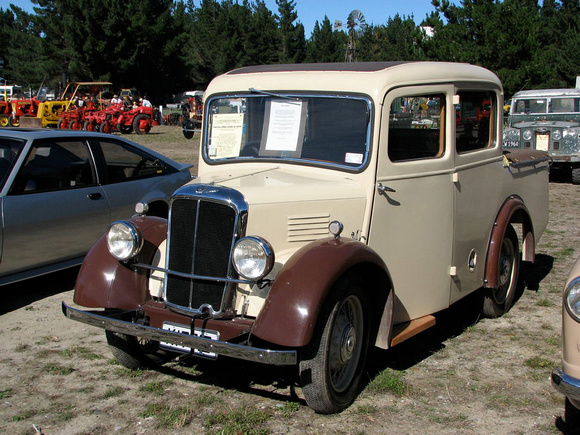 In the late 30s, a farmer near Timaru in New Zealand had a hankering for a new farm truck. The family thought a car would be of more use. This was the result. A 10cwt double cab buit locally. It served the family well for many years, before being given back to the firm it was purchased from and put on display at the Geraldine Museum.

Tragedy struck in 1979 when fire swept through the Museum. Despite this setback, the remains were purchased from the firm by the family and after many years, it was restored back to better than new. A very unique vehicle - nicknamed Kittie which is what the original owner called it, due to the sound the engine makes. (Howard Pettigrew) #1
© CCMV Howard Pettigrew
Powered by ZENFOLIO User Agreement
Cancel
Continue