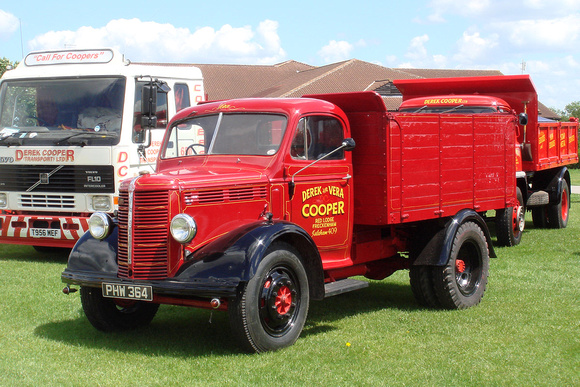 Dave Godley ... Originally it was a Bedford OB psv chassis with a van body, new to Britannia Wire Works, Whalley Bridge in 1949, so at some stage it has undergone a major rebuild. Chassis number is 120132. The registration PHW364 was issued by Bristol City Council in 12/52, so wouldn't be the original one, possibly an age related re-issue in 1983 when it was re-registered.
© CCMV Classic Commercial Motor Vehicles
Powered by ZENFOLIO User Agreement
Cancel
Continue