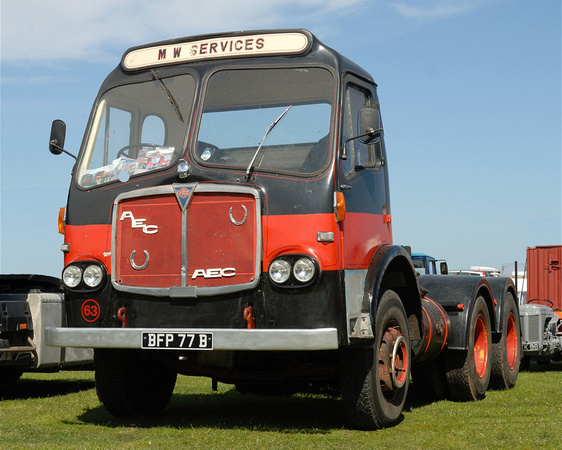 Seen at Llandudno this RTS-cabbed Mammoth Major is partially through a running restoration.

New to a firm in Cassington near Oxford as a tipper, this one (in the absence of a tipper body), will be finished off as a fleet mobile workshop in the colours of Adams Butter of Leek. The lorry has received replacement diffs from a motorway Mammoth and now cruises at 50mph at a more comfortable engine speed. (Steve Holmes)

Jonathan Pye writes ... This lorry ended up as a recovery with the Evenlode Truck Centre and was bought by the M25 MM6 operators but never used as they thought the all-plastic RTS cab would last about five minutes in service before it got smashed to smithereens!
© CCMV Steve Holmes
Powered by ZENFOLIO User Agreement
Cancel
Continue