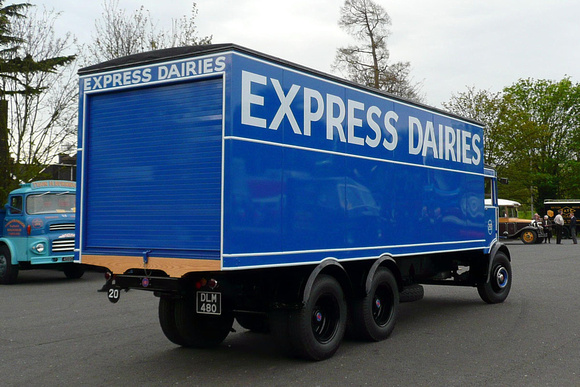 New to Express Dairies at their bottling plant in Cricklewood, DLM480 is powered by an 8-litre petrol engine. Sold in the late 1940s to Jack Robinson from Crank, St Helens and converted to a 12-ton flatbed for transporting cotton bales from Liverpool docks to Manchester's spinning mills. In 1968 it was sold to Chris Salaman and then to the present owner in 1981 who has restored it to original condition.
© CCMV Chris Stanley
Powered by ZENFOLIO User Agreement
Cancel
Continue