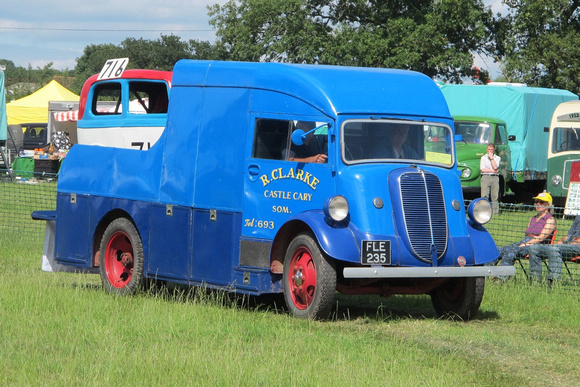 8-cylinder petrol Fordson originally issued to the Auxiliary Fire Service and absorbed into the National Fire Service in 1941. After the war it was sold off and converted into this neat stock car transporter, and used in the London area. On the back is a typical stock car of the '50s with Ford bodywork. (Dave Godley)


Ted Angus writes ... FLE235 was a Heavy Pump Unit, purchased via the Ministry of Works for the Home Office to equip the Emergency Fire Organisation being raised as part of the ARP measures being put in place by the Government. It bore the Home Office fleet number P80, and served throughout the war in London No 5 Region. Post-war it went to HO store from where it was disposed of in April 1966 via Ruddington Auction No 83.
© CCMV Dave Godley
Powered by ZENFOLIO User Agreement
Cancel
Continue