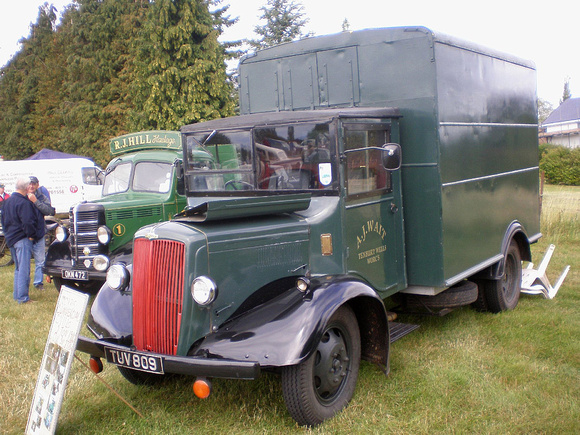 Seen at Trimpley near Kidderminster on August 7th 2011. (Graham Dyer) #1

Graham writes ... The display board says 1944 and the reg number is recorded on DVLA manufactured in 1935, but neither would appear to be correct. TUV was a London mark allocated to Govt departments from 1957, but may not have reached 800+ in normal issue and is probably an age-related re-issue as the van was apparently first registered in December 1985.
© CCMV Graham Dyer
Powered by ZENFOLIO User Agreement
Cancel
Continue