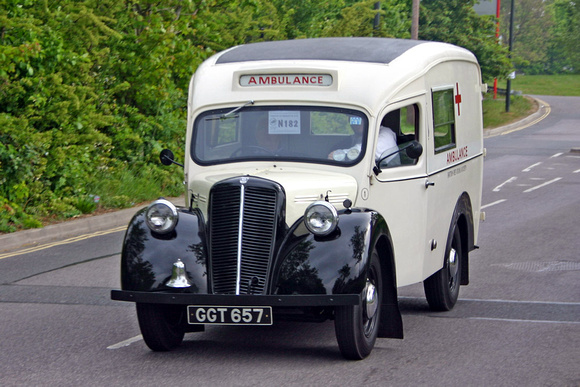 Ted Angus writes... This vehicle was built as a chassis/cab and fitted with a canvas and timber ambulance body. In this form they saw service with the UK military (especially the RAF) as a domestic ambulance. They were also used in great numbers by the War Organisation of the British Red Cross and St. Johns Ambulamce Service. This organisation did much of the long distance transportation of casualties for HM Forces both in the UK and in N.W. Europe, commencing shortly after D-Day. They mainly used these Morrises and military-pattern Austin K2s. Just after WWII the organisation's own workshops undertook the conversion of many of their vehicles for peacetime home duties by fitting coachbuilt bodies as in the main picture.
© CCMV contributing photographers
Powered by ZENFOLIO User Agreement
Cancel
Continue